Born in 1972, Fabio Volo is one of the most famous Italian actors, writers and television presenters of our time. Always considered a man of great charm, he can be counted among those VIPs whose hair has undergone significant changes over time.

It is impossible not to notice, while watching the programs in which he takes part in the last period, a remarkable improvement of his hair situation. In the past, his scalp appeared much more thinning and characterized by a shrinkage of the frontal line, surely caused by androgenetic alopecia, the so-called common baldness.

The actor from Bergamo has never hidden his discomfort. Already in 2000, when he was working for the television program “Le Iene”, he had declared to be very worried about his incipient baldness and often joked, in a self-ironic way, about the condition of his scalp. In an interview he also said he had long thought about the possibility of undergoing a hair transplantation.

Holding him back was the fear of the incision.

He was referring to the scarring outcome of the hair transplantation performed by the Strip method, or FUT (Follicular Unit Transplantation) which consists in the extraction of an elongated lozenge of skin, extending from ear to ear, from the occipital area of the scalp, called the “donor area“.

From this strip of skin, follicular units are then selected to be placed in the glabrous or thinning area of the scalp, called the “receiving area”

Fabio volo and hair transplantation, it is not a certainty.

The presenter was then said to be fascinated by the new extraction technique FUE (Follicular Unit Extraction), which involves the removal of individual hair bulbs directly from the donor area. This new method allows to avoid the long scar on the posterior area of the scalp.

Whether he finally underwent the surgery is still uncertain. What is clear is that in his latest film work, “Illegal Studio”, his hair appears thicker.

After his interview on “Che Tempo che Fa” some expert eyes said that it seems he has indeed undergone the FUE transplant and that he completes the coverage with concealers in order to better cover the transparencies. There are different types of products, in paste, spray or in the form of keratin microfibers.

The latter are certainly the best to camouflage a thinning.

Despite the thousands of conjectures, we still have not been able to shed light on the mystery surrounding Fabio Volo’s hair. We just have to keep on advancing hypothesis until the writer will decide to confirm or deny them openly. 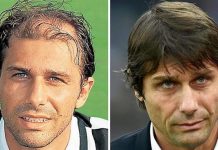 Football players and hair: who had transplants, who wears prosthetics, who has resigned? 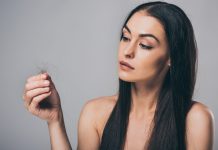 Hair loss – which famous women have suffered from it? 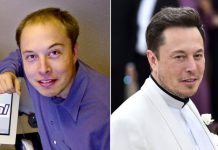 The Hair Transplant of Elon Musk