Some studies show a correlation between psoriasis and hair loss. The opinions of experts on the subject are discordant. This article aims to consider the various lines of thought in order to understand whether your diseases are actually dependent on each other or whether, on the contrary, they should be considered individually.

Psoriasis is a chronic, noninfectious skin condition due to genetic, autoimmune, and environmental factors. Not related to specific ages or sex of the individual, it is very commonly encountered.

Several forms are recognized, the most common of which is plate psoriasis, which characterizes approximately 80% of reported cases.

In recent years, the term “psoriatic alopecia” has become increasingly popular on the medical scene. This name is used to indicate those conditions observed in psoriasis patients that lead to hair loss or abrupt thinning.

It appears that the detachment of the psoriatic plaque from the skin, as well as the mechanical scrubbing action that occurs during the application of topical psoriasis medications, can lead to hair loss in the areas affected by the condition.

In this regard, some scholars recommend the use of products for systemic use, in order to avoid any mechanical action that could further damage the skin already affected by the disease.

Some experts, who support the thesis that stress hair loss is actually a pathology, say that the psychogenic component should not be ignored. The emotional impact caused by the occurrence of psoriasis may cause great stress, which seems to lead, in turn, to the occurrence of telogen effluvium, a generalized hair loss.

There are many, however, who doubt this hypothesis. According to various studies, it seems that stress can lead to a general weakening of the individual’s organism, but cannot be counted among the causes of baldness. There must be a certain genetic predisposition for this to occur.

Recently, studies have been conducted that seem to suggest that psoriasis may lead to the occurrence of alopecia areata, a form of baldness that results in the formation of glabrous patches on the scalp.

The etiology and pathogenesis of this condition have not yet been identified by experts. Similarly, the correlation between psoriasis and alopecia areata has also not been proven by scholars.

Some hypotheses involve the action of anti-psoriatic drugs. Still others consider the phenomenon of Koebner and Renboek. It appears that glabrous patches may be observed in areas previously affected by psoriasis due to the abnormal action of keratinocytes and lymphocytes following inflammation.

Undoubtedly, psoriasis is often found in its early stages on the scalp and contributes to the development of inflammation and trauma of the skin.

However, nowadays, no scientifically relevant data is available regarding the correlation between psoriasis and baldness. As a result, more research is needed to reach a conclusion. 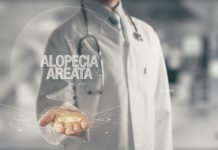 Diet and nutrition for the treatment of alopecia areata: The role of the intestinal microbiota 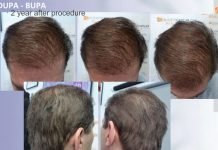 Dupa and bupa, definition and treatment, an article by Dr. Jose Lorenzo 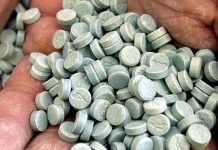