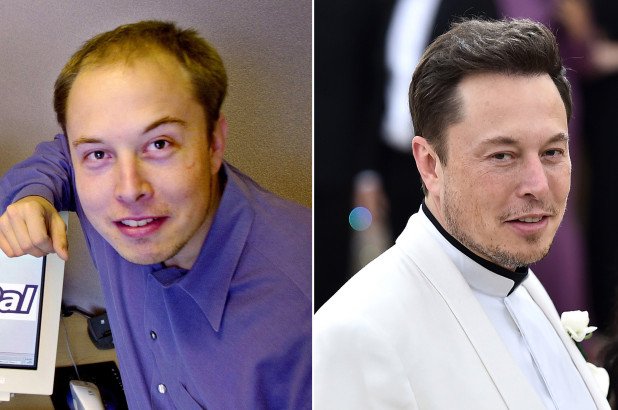 If we made a list of the most popular people of this decade, Elon Musk would be among the top positions.

His great technological innovations, his iconic Tesla car, personal life – everything he does has great potential to get people talking about him.

His hair transplant has also become wildly popular on the web.

Elon Musk has a peculiar charisma that no one can deny, but the question is: would he be as charismatic and influential even without having undergone a hair transplant?

In these photos we can see Elon as a child and young adult. The features of his face and eyes are the same as they are today. His hair seems to have a very thick and healthy appearance.

If we take a look at the next few photos, it is very clear that his hair has thinned, a portent of possible subsequent hair loss.

A few years later, in fact, Elon began to develop the first signs of male pattern baldness. As we see in the photos, the thinning starts from the front, particularly in the temporal area.

With a closer look, you can see that the thinning is extending toward the crown area.

If he hadn’t done anything, he would have easily reached a fifth or sixth degree of the Norwood scale. Thanks to his good fortune and sky-high financial backing, Musk was able to find a way to defeat baldness, at a time when technology in the field of transplantation is getting better and better.

The visible result obtained from the surgery lets us know that Musk has used a very experienced team. You can see the naturalness of the hairline, the result of a very good job.

The density and volume of the hair sleep also adapted well to his face. It can be assumed that the number of follicular units grafted is about 4000, as he had a very large thinning area.

Right now, surely Elon Musk must be enjoying his new hair. There is no doubt that they greatly enhance his charisma.

Hair, especially for some people, holds an importance that goes beyond mere aesthetics. Hair loss includes the loss of an important part of one’s appearance, a situation that is not desirable for anyone. It is reasonable, therefore, to think that the choice of hair transplantation plays a very important role in the life of a famous person like Elon Musk in terms of charm and charisma. 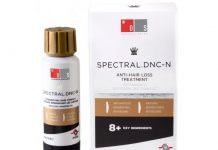 Nanoxidil – the new alternative to Minoxidil 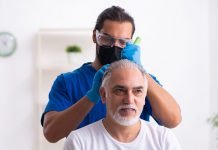 How to evaluate the outcome of a hair transplant? 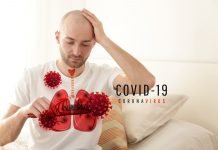 Covid 19: hair loss could be linked to the virus